Speaking earlier Mr. Di Caro said. “We are overjoyed to have been granted affiliation with the WBC Eurasia Pacific Boxing Council and are most grateful to WBC EPBC President Mr. Alan Kim for assisting us to secure the affiliation and the opportunity to have MBC licensed boxers campaign for this prestigious championship.

I cannot begin to stress how important this affiliation is to the MBC and our members, as this will open the doors for our boxers to challenge for WBC EPBC championship honours not just in Malta and the UK but also across Europe, Asia and the Pacific region.

2016 is already proving to be a pivotal and busy year for the MBC, we have nine Championship bouts lined up, five of which are World title fights, with another four in advanced negotiation.

Since announcing to our members yesterday, a number of boxers have already stated their interest in campaigning for WBC EPBC titles, and more importantly we also have two promoters that are keen to host WBC EPBC championship bouts.

Hopefully within the next few weeks or so we’ll be in the position to announce the first WBC Eurasia Boxing Council Championship bout featuring an MBC boxer…watch this space.” 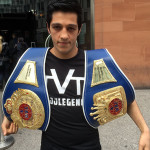 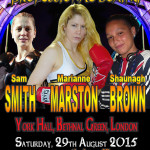 The new venture will not only present opportunities for Scottish Professional boxers to be able to compete more, but also will enable fighters from the Kick Boxing world to compete both as professional Boxers and Kick Boxers.

“We are very excited to be working with the Malta Boxing Commission, it can only be good for the sport to bring such a progressive professional boxing organisation to Scotland.

To join those from the pro boxing world with those of the Kick Boxing world is an exciting prospect, up to now the powers to be in the UK were quite happy for our Champions to switch disciplines and compete as pro boxers.

Unfortunately it has always been at the expense of the fighter’s Kick Boxing career, that’s been because once they have switched to pro boxing they are no longer allowed to compete as a Kick Boxer.

That will change, under our joint venture with the Malta Boxing Commission our fighters will be licensed and compete as pro boxers, as well as continue to campaign as Kick Boxers under the WKA.

For our fighters this means so much, they want to compete in both sports and have so much to offer to both.

This new partnership isn’t just about our fighters being able to fight in both disciplines, we will be actively be looking to develop the pro boxing side in Scotland, give Scottish boxers the chance to be more active than they have been in the past, we want to build up the MBC to benefit fighters from both disciplines.

We also want to bring more genuine 50/50 fights to Scotland, we don’t want it to be an extension of the current scene, we want to bring the fans genuine exciting closely matched fights, each and every show.”

“I couldn’t agree more with Stewart, this is a seriously exciting development for the sport, one that will benefit fighters from both Boxing and Kick Boxing.

When Stewart approached us with the concept we were open to it straight away, not for the reason many people will think, but because we had already made the decision that should anyone that competes in another pugilistic art that also wants to pro box, should be allowed to do so.

This decision was made some time ago, in fact it was when thirteen time World Champion Marlon Hunt first approached us about pro boxing under our banner.

Marlon is one of the top competitors in the Kick Boxing world, how could we possibly tell him that he has to give up fighting on the Kick Boxing circuit if he pro boxes, I mean he has World titles in Kick Boxing, K1, Muay Thai, with us he can defend those titles as well as begin challenging for Championships in boxing also.

I have to say, since I’ve mentioned Marlon, that when he joined us we didn’t quite realise what an asset he would become, he is a great ambassador for the MBC, with the fans and boxer’s alike, so much so that early last year he was unanimously elected onto the MBC Executive Committee.

Now, not only do we have the chance to have more of the top Kick Boxers competing in the pro boxing, but also have the opportunity of Kick Boxing World Champions from around the world competing for Championship honours as pro boxers.

On the business side of things Stewart will be the Chairman of the new MBC Scottish Region, as well as join the Executive Committee of the Malta Boxing Commission.

Stewart has big plans for the new venture and to that end has already signed up a couple of Scottish promoters, one of whom plans to promote the first MBC Scotland sanctioned event quite soon, probably in April or May.

I for one am so proud to be involved in this exciting new venture, I honestly feel that this will prove to be one of the best things to happen to our sport in a long, long time.

What’s more it will provide the boxing fans with a whole new breed of genuinely outstanding World class fighters to get behind, as well as present opportunities for Scottish boxers to be more active, which can only be good for the sport.”

For further information on the Malta Boxing Commission please go to: